Ask About Our Free Shuttle!

You are here: Home / What You See

Our trolley tour of Cody, Wyoming has been called the “Best Trolley Tour in the World” by Randall Travel Marketing, an independent tourism consulting firm that has taken trolley tours all over the world.  We think you’ll agree! 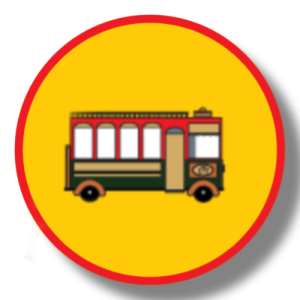 This 1 hour long tour takes you on an entertaining drive through Cody and all the way to BB dam.
Excellent history shared through dialog and photos. Great interaction between driver and guide. Well done!-Deborah